What to do in Lalibela…Lalibela is a town in northern Ethiopia, rather small in size but with big adventures and wonders and myths to nourish your imagination.

Lalibela is much known for its monolithic rock-cut churches that are registered in the UNESCO list. It is also considered to be a holy city together to Axum and orthodox religion followers travel from all over the country travel to pray in the churches. The landscape, the people, the rural-urban settings also make the town worth visiting.

There are lots of things you should do in Lalibela, Ethiopia: visit the 11 monolithic churches that have their own unique architecture and story; visit the monasteries, take a hike and eco trekking; visit the nearby churches and visit and even meditate in the grandiose landscape.

Lalibela has a history of being one of the earliest places to have received Christianity. Some associate the history to the 4th century.

Some manuscripts write that the city began as the second Jerusalem after the first Jerusalem in the middle east fall in the hands of Islam.

The buildings and the river names unveil the names of the Christian religion and even the builds are designed to represent the city of Jerusalem.

Today the town has lost its ancient quality but persisted with its vision as a tourist destination that exhibits its medieval civilization and crafts. The church buildings, the artifacts, the society all tell the value of the place.

Many suggest putting the town on top of your priority list. Although the town is small, historic value is big for anyone’s taste. If you have the chance to visit Ethiopia, surely, you should have a plan to see Lalibela town. The architectural, social and other historic values would give your insight into history and innovation.

The rock churches have their own dramatic architecture. The ancient churches not only portray a building that is carved out of a single rock but they also tell a story. The churches resemble a cross and the decorations show the features of Christianity. The names depict the ancient biblical names and Jerusalem. The edifices are not your everyday buildings. These are a century old, preserved churches that have only been discovered in 1520 by a Portuguese priest, the first European to send the message out. Now the churches are part of UNESCO’s heritage list.

Related: Where to Stay in Lalibela, Ethiopia

The place is holy for some Christians and you hear priests pray and the people chant in these places. The congregation with full white cloths praying next to the rock wall is breath-taking for a visitor.

The 13 rock churches in Lalibela town are monolithic and semi monolithic. The churches are divided into three groups, the north-western churches, south-eastern churches and Saint George which is located away from the other clusters.

The Northern side of river Jordan churches:

4.            Bete Medhane Alem or ‘House of the Saviour of the World’ – This is the largest of the Lalibela churches and even the largest rock-hewn church in the world. You would be amazed by the one large stone that the building was carved out from and its colors and large columns and the landscape. It is a beautiful place to witness.

The Western side churches:

The buildings are built in a depressed space under the open ground and the buildings are level to the ground. The Trenches and tunnels take visitors from outside to the gates and from building to buildings.

It is best to visit Lalibela during Ethiopian Genna (Christmas) and Timket (Epiphany) and on Meskel (Holy cross day), on January 7 and January 19 and September 27. During these days and even prior to these days the number of tourists and the number of local visitors would increase and the place would look more religious. You would witness the real spirit of the place and you can also preserve a memory.

what to do in Lalibela: visit the rock-hewn churches

How to travel from Gondar to Lalibela

You can easily find monasteries around Lalibela that have their own character and structures. The monastery of Ashetam Maryam, for example, is a magnificent view at the top of Abune Yosef mountain that is 3150 meters above sea level.

Nakuto Le’Ab Monastery, a place of King Nakuto Le’Ab after he abdicated his throne in 1270 AD. The Monastery is built into a cave.

what to do in Lalibela: visit monasteries

3-  Visit Churches around the town

Yemrehana Kristos is one of the most amazing churches that was built from stone and wood. The interior is a great sight, with its religious decorations and paintings and carvings. The place is attached to a rock cave and is a place for pilgrims.

Another rock church, Genete Maryam lays around Lalibela, with its colorful construction.

It is said that pilgrims that traveled to see the place a century ago were buried at the place.

what to do in Lalibela: visit churches, near and outside the town

The town of Lalibela has mountains and valleys with a remarkable view. Mount of Abuna Yosef takes your breath away, literally. Hiking is possible on the mountain, on foot, along the escarpment. You can stay overnight there for an affordable amount. You can also visit churches along the way.

what to do in Lalibela: Go eco trekking

It is a bit out of touch for most foreigners as you would not find much to buy from the market. But it is a great way to meet the locals and understand their way of life. While going around the town, you would witness a vernacular architecture, which is a form of tukuls and a one-story Chika building. The tukuls are a tow story huts, built with stone and the chikas are built from mud and wattle.

what to do in Lalibela: join, take pictures in the local market

If you are not into the buildings, then you surely would appreciate the social life and the celebrations. The events, especially on January 7, January 19 and September 11 are good times to meet people from all around the country and from the world. You witness the religious celebrations, social cohesion, and culture.

You would see religious people in white changing and singing and praying at the buildings. These days most of the atmosphere of town changes. And you would witness the real look of the town.

what to do in Lalibela: wait until religious events and join the crowd

What to Do in Lalibela: final remark

You can visit Lalibela at any time of the year, but it is good to visit the three events we mentioned above. It is then you would see the most out of the city and the churches. Traveling by vehicle is hard as the town is on high altitude, above sea level. Instead, use a plane from the capital city Addis Ababa or other nearby airports.

Well, that is not even the reason. The main reason is that a derive by car from the nearby by the city of Bahir Dar takes up to 8 hours and from Gondar takes 11 hours. If you still choose to use a car, you will get a contract car with a driver from these cities that would take you to Lalibela and back at affordable prices.

Related: Where to Stay in Lalibela, Affordable Options

You probably would have a guide that would lead you from building to building or from place to place, so you would not miss much.

You would have an option for a place to stay based on price and location. It is, however, to think about it before entering the town for a fast decision and budging. You can stay at places in the center of the town, in the old hotels. Although the buildings need renovation, the gardens, the city view, the people make the places sensible.

You also have a relatively expensive option in hotels with panoramic views of the mountains around the town. The best way for first-time visitors would be joining other visitors or move with a tout guide. That way you would increase efficiency and save money.

Previous article What is Ethiopia known for? 14 facts Ethiopia is known for.
Next article 5 Best ways to Make Ethiopian Coffee at Home. 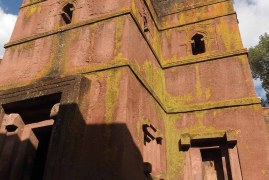 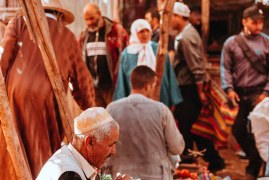 Is Morocco Safe to Travel