Eleven medieval monolithic churches were carved out of rock in a mountainous area in Ethiopia’s heartland, about 645 kilometers from Addis Ababa. Their construction is credited to King Lalibela, who set out to establish a ‘New Jerusalem’ in the 12th century after Muslim conquests stopped Christian pilgrimages to the Holy Land. Following the collapse of the Aksum Empire, Lalibela flourished.

The underground churches in Ethiopia were hewn from the living rock of monolithic blocks, rather than being built conventionally. Doors, windows, columns, different floors, roofs, and other features were chiseled out of these bricks. An extensive system of drainage ditches, trenches, and ceremonial tunnels, some with openings to hermit caves and catacombs, was added to this massive undertaking.

Each of the 11 monolithic structures is carved into the mountainous terrain, plunging 40 to 50 meters into the ground and pierced with cross-shaped chiseled openings to allow sunlight into the hollowed-out interior. There are many hypotheses on how these extraordinary places of worship came to be. Some claim they were carved by the Knights Templar, Christian crusaders at the height of their power during the 13th Century when the underground churches in Ethiopia were built. However, there is no proof of their involvement.

The most widely held theory – and the one promoted by a small museum near the churches’ entrance – is that they were carved on the orders of King Lalibela, Emperor of Ethiopia in the late 12th and early 13th centuries, who is said to have visited Jerusalem in 1187BC, just before the Holy City fell to Muslim forces. These underground churches in Ethiopia were founded by King Lalibela along Ethiopia’s stretch of the Jordan River, to welcome Christians to a “New Jerusalem.”

Bete Medhani Alem is thought to be the world’s largest monolithic church, with five aisles, and Bete Ghiorgis has a remarkable cruciform plan. The majority were most likely used as churches from the beginning, but Bete Mercoreos and Bete Gabriel Rafael may have once been royal residences. Mural paintings adorn some of the rooms’ interiors. The village of Lalibela has two-story roundhouses known as the Lasta Tukuls, built of local red stone near the churches. Since the 12th century, Coptic Christians have made pilgrimages to these magnificent churches.

Not all of the underground churches in Ethiopia have had the same luck. To avoid more erosion, Bete Medhane Alem, the world’s largest monolithic church, is protected from the elements by a very clunky slab of UNESCO-issued sheet metal. The Bete Abba Libanos’ walls still have a few worrying cracks.

Validity of the Churches

The Lalibela Rock-Hewn rock Churches of Ethiopia have been preserved in their natural settings. The surrounding area’s association of rock-hewn churches and traditional vernacular circular houses still bears witness to the ancient village layout. The site’s original purpose as a pilgrimage site still exists, demonstrating the persistence of social practices. Intangible cultural heritages associated with church rituals have been preserved.

Physical Damage of the Churches

Seismic activity has disrupted the drainage ditches, which were filled with earth for many years before being cleared in the twentieth century. As a result of the water damage, the monuments have been severely harmed, and the majority of them are now considered to be in critical condition.

There are structural issues in Bete Amanuel that could lead to a collapse, and other areas need to be controlled. Over the last thirty years, the paintings inside the underground churches in Ethiopia have deteriorated significantly. Sculptures and bas-reliefs (such as those at Bete Mariam’s entrance) have also been badly damaged, with their original features barely discernible. All of this puts the property’s reputation in jeopardy.

Temporary light-weight shelters have now been built over some churches, and while they provide cover, they also compromise the visual integrity of the structure. Other challenges include new public and private development encroaching on the landscape of the churches, housing associated with the traditional village adjacent to the site, and tourism infrastructure.

Here are 4 of the Popular Underground Churches

At Lalibela, there are 11 rock-cut churches, the most impressive of which is Bete Ghiorgis (St. George’s). It is 40 feet down and has a Greek cross-shaped roof. It is located on the western side of the cluster of churches. It was designed by Lalibela’s widow as a memorial to the saint-king after his death (c.1220). With its perfect proportions and geometrical precision, it is a glorious fulfillment of Lalibela’s plans to create a New Jerusalem.

St. George’s, unlike some of the other churches, has a simple interior. The Holy of Holies is shielded by a curtain, and a priest normally stands in front of it, showing books and paintings to tourists. The Tabot, or replica of the Ark of the Covenant, can be seen in the shadows of one of the cruciform church’s arms.

Lalibela’s final work is Bete Ghiorgis, which has a distinctive cross shape. It is separated from the other two groups of underground churches in Ethiopia by a cave entrance. The structure is located within a courtyard that is punctuated by caves containing the relics of holy peoples. Its walls are slightly narrower as they rise, but horizontal bands of varying widths create an optical illusion, giving it the appearance of being perfectly symmetrical and monumental.

Two rows of windows adorn the structure. The bottom row’s nine blind windows mimic the Axumite “monkey-head” framework. The upper row’s twelve windows have ogival arches and bracket capitals. It has three doors: one on the west, one on the north, and one on the south. Seven broad steps lead up to the main entrance in the west (representing the seven heavens). A shallow porch with plain moldings surrounds the main doorway. It has a concentrically cross-shaped rooftop that is stepped down to drain through stone spouts centered at each arm of the cross.

His ninth job, Bete Amanuel, is the most beautiful of all, as it portrays Axumite’s construction more than any other Lalibela work. This was thought to be Lalibela’s and his family’s prayer building. It is located inside a mountain courtyard with three gates, one of which is from Bete Merkorious. Horizontal stripes are cut into the wall. It has 45 windows and 24 external columns. A monolithic stair leads to the upper floor stage.

It is the second group’s only purely monolithic and meticulously hewn church in the middle of a quadrilateral courtyard. It’s a rectangular structure. The Axumite pattern of alternating recessed and projecting stonework can be seen on the exterior facade. More than any other church in Lalibela, it imitates the old Ethiopian wood and stone method of building, making it a near-classic example of the Axumite style.

The exterior walls are ornately carved with horizontal carvings, giving it a rather ornate look. From the base to the summit, the alternating vertical and horizontal moldings on the four facades of the church are remarkable. Three rows of windows are visible on the facades. Lower windows are cross-shaped, middle ones are round-arched with capitals, and upper windows are square-headed.

The bottom and top windows have completely developed frames with Axumite-style corner posts. There are no fillings in the top row of screens. It has three doors, as is customary; the main entrance is located in the west wall and is reached through four steps. Bete Amanuel is a three-story building with a cross-shaped ground floor, an arched first floor, and a square-headed second floor.

The artwork in Bete Golgotha is well-known, with life-size carvings of saints adorning the walls. It also houses King Lalibela’s tomb, which is guarded by a gold-draped Ark. The Selassie Chapel and the Tomb of Adam complete the Western group.

The underground churches in Ethiopia of Bete Debre Sinai and Bete Golgotha are twins. The twin churches are reached through a tunnel at the western end of Bete Mariam. They are six meters below the courtyard’s floor (both are semi-monolithic and separated by a wall, east of which is Golgotha and to the west is Debre Sinai).

The underground churches in Ethiopia are reached through a 10.5-meter-deep trench that surrounds them. From the outside, the twin churches tend to be one and are commonly referred to as Bete Golgotha Michael by locals.

Bete Medhane Alem (House of the Savior of the World)

The most prominent church in the “Northern Community” across the main road from St. George is Beta Medhane Alem, which houses the Lalibela Cross and is thought to be the world’s largest monolithic church. It’s assumed to be a replica of Axum’s St. Mary of Zion.

By walkways and tunnels, Bete Medhane Alem is connected to Beta Maryam (St. Mary’s), probably the oldest of the churches. A vertical line of geometric carved windows runs along the east wall of the church. A Maltese cross in a square, a semi-circle shape like the Axum stelae, a Latin cross, and a simple square window are all visible from the bottom up. 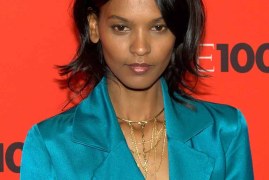